The jaws form the bony frame for the face, as well as for the upper respiratory tract. If one jaw is positioned backwards, the airways are often also narrowed.

The backward position of one or both jaws always leads to a narrowing of the upper respiratory tract. In case of an underbite the uvula is usually too wide in the pharynx; in case of an overbite, the base of the tongue is. The palate also forms the base of the nose. Misalignments of the upper jaw are therefore often associated with restricted nasal breathing. Affected breathe increased through the mouth and snore frequently for this reason. Further frequent problems as a result of mouth breathing: chronic tonsillitis and - because the nose is a natural filter of the breathing air - allergies up to asthma. Sleep disorders, tiredness during the day and poor concentration are the result. 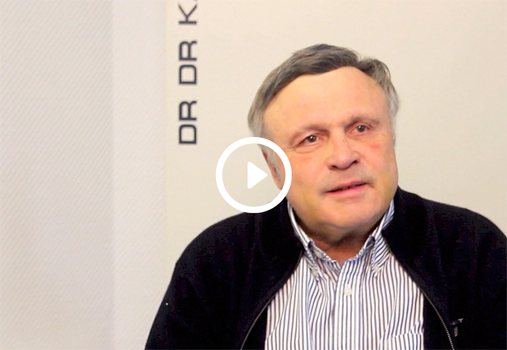 By moving the jaws forward, the pharynx area is widened and respiration is significantly improved.

If the obstruction to breathing is caused by an upper jaw that is too narrow, a palatal expansion can help.

More information about the palatal expansion

If sleep apnea is suspected, x-rays of the head are first taken with the help of a CT or DVT device. Based on the extremely detailed images, our specialists can carry out a respiratory analysis and determine and measure the diameter of the upper respiratory tract in detail. All diagnoses, information and recordings from the sleep laboratory are then compiled in order to plan the necessary treatment steps.

The insufficient forward growth of the jaw is corrected by its forward displacement, which expands the upper respiratory tract 2-3 times. The special feature of the rotationaddvancement method is the minimally invasive procedure, which is performed through the oral cavity to the jawbone, thus protecting the highly sensitive soft tissues within the mouth and throat, such as the suppository, the soft palate or the base of the tongue. 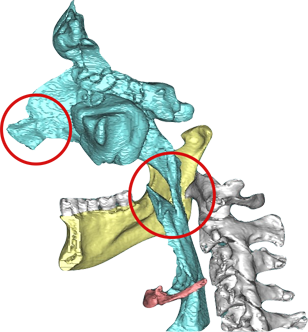